The Himalayan mountain range extends across four countries: India, Bhutan, Nepal and Tibet. Each country offers its own unique experience, and presents its own challenges. We have carefully selected an assortment of wildlife tours, safaris & birding excursions for your Himalayan holidays to North India, North East India and Nepal

A Himalayan trip across India, Nepal and Bhutan gives you a majestic landscape view of the Himalayas that represent nothing less than the crowning glory of nature’s splendour. Back in 1950’s, when the Everest was first climbed, a Himalayan mountain tour package mostly involved trekking in the Himalayas across rugged terrains, but now there are better ways to experience the Himalayas – with luxury lodges that offer enormous views with a bit of comfort, and treks that focus on the culture, wildlife, scenery and experiences. The eastern Himalayas wrapping across Nepal and the Indian states of Assam, Arunachal Pradesh, Sikkim, and West Bengal are also regions with the greatest biodiversity on the planet.

Where are the Himalayas

Many people often wonder, ‘Where are the Himalayas located?’ The origin of Himalayas range from Pakistan to Bhutan spreading across the north east part of India, passing through these five countries: Pakistan, India, China, Nepal & Burma. Forming an arc that runs from the north-west to the south-west of Asia, the Himalayan mountain range covers approximately 2,400 km. (1500 miles). The highest peak in the Himalayas is the Mount Everest, at a height of 29,029 ft (8,848 m)

The Himalayan Mountains on the world map (and in map of India) can be seen as:

When Where and How to plan your Himalayan Holidays

A very basic question that is often asked by tourists is – ‘What are places to visit in Himalayas?’

The Himalayas in Nepal is the most widely popular, as it is home to eight of the world’s ten highest peaks. There is easy access from Kathmandu (the capital of Nepal) to any of these mountain ranges. Its low-lying wetlands are also home to some of the most endangered species on earth – the Bengal Tiger and the One-horned Rhinoceros.

Another great destination to plan your Himalayan holiday is across India. There are three major mountainous regions in India: Ladakh in Jammu & Kashmir, Kumaon Region in Uttarakhand, and the north eastern states of Sikkim, Assam, and other seven-sister states.

Bhutan, a great tourist destination that is dominated by the mountains of the Great Himalaya, has closed its door on mass tourism in order to retain its national identity and long-established values. A higher tourist tax and other levies is an attempt to close doors on the budget-conscious backpackers. Pakistan and Tibet do not have too many visitors due to travel restrictions involved to these mountainous regions

A good time to visit the Himalayas is between October to May, depending on the location and altitude of the region. Ladakh is an exception, as the region is open to tourists between May to September 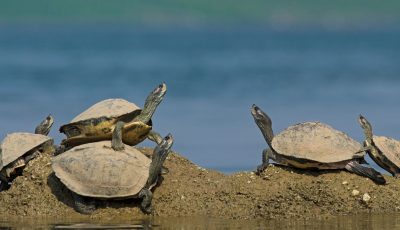